This grading syllabus covers levels 1-5 in 4D Combat. The concepts and techniques are derived from both Jeet Kune Do and Filipino Kali. Two of the most amazing martial arts.  Most of the core concepts of 4D are covered in these beginning levels so it's important to get them down. It's all about first things first and keeping it simple.  Then later success is guaranteed. Take your time, and concentrate on good balance, great body mechanics, and an attacking focus. Good luck. 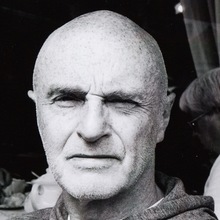 My name is Bob Breen, and I’m honoured to be considered the Godfather of JKD and Kali in the Europe. My journey in martial arts has covered over 50 years, and just about every discipline you can think of. These are the areas that I'm best known for. One of the first Karate Black belts in the UKCaptained English Karate teamPioneered JKD and Filipino Martial arts in EuropeFull instructor under Dan InosantoFounder member of WEKAF (World Eskrima, Kali, Arnis Federation)Captain and coach of 1989 World Championship British Eskrima teamCoach of 1992 British Eskrima teamInstructor to many World champions and many of Britain’s leading instructorsThroughout that journey, I've always looked to perfect my skills and find the most effective way of fighting. Consequently, I’ve always been near the cutting edge of martial arts development in the UK.
Buy £9.99